To some gamers it’s all about tournaments and intense competition. Increasingly my enjoyment from the hobby comes from a less frantic atmosphere. What could be better than locking the children in the garden, sending the wife to her small bore rifle practice and setting up… Read More

God we love our jargon. Do you think any casual reader understands what the title refers to. The more organised gamer may use the same figures in sabots that allow him/her/zim to utilise the same figures but real men just collect more and more metal. And now, I’ve even got back into painting and basing ( and tackling the lead bedroom floor in the process)

The problem is of course how to base your miniatures if you don’t stick to one set of rules. It may not be a perfect answer but I use either 40mm squares or 80mm wide “Impetvs” bases. These bases cover the main , most popular systems. The squares are fine for L’art de la Guerre and the original De Bellis Antiquitatis. The larger bases can be used for Big Base DBA ( more to come on this one), Impetvs and Kings of War. I do really like the bigger bases but I still love LADG so I’m not rebasing everything. 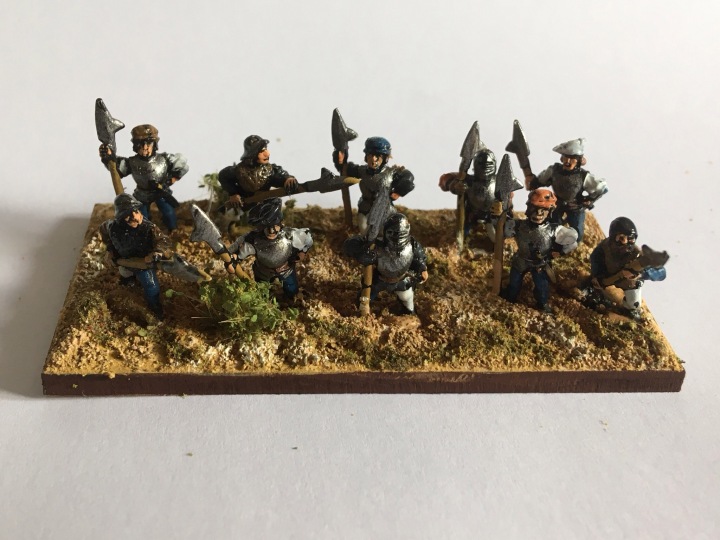 Neopolitans guards above and Papal spearmen below

Syrian cavalry repainted by the legendary Keith Mc Glynn ( below)

Gascon Knights for the Hundred Year’s War below 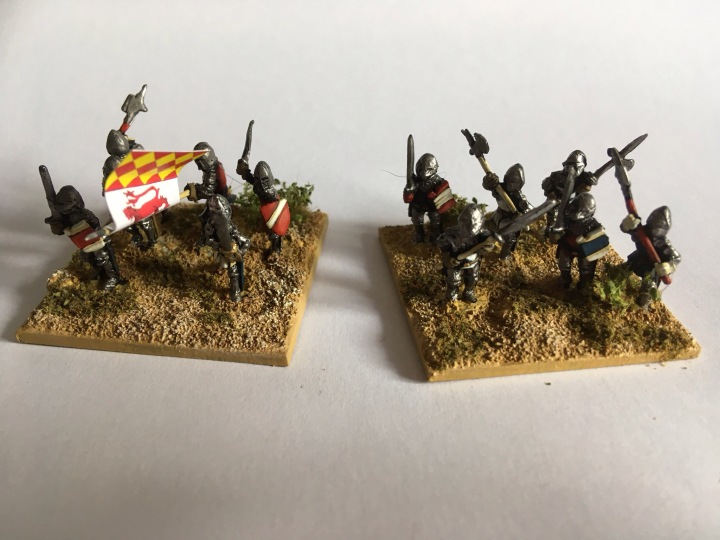 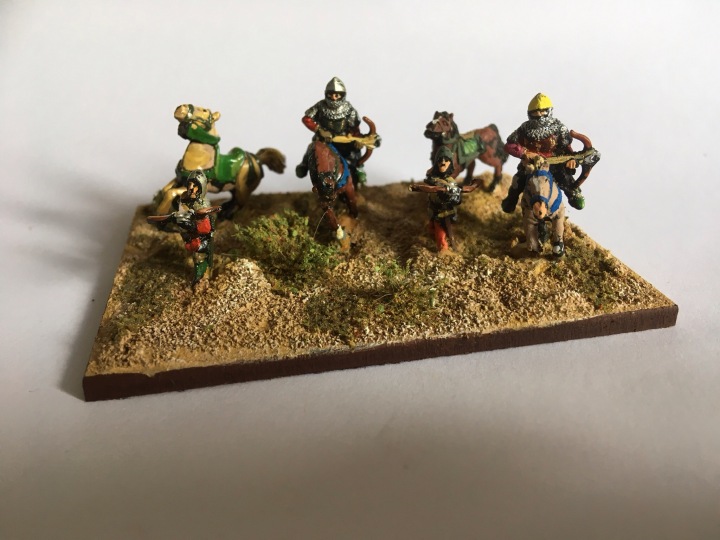 As you can see, it’s been a productive week but there remains more to finish off. I would dearly love to collect enogh bases that I wouldn’t need to mix and match between boxes but I don’t think the rafters would take the strain. Truly inspired by a mini campaign Mike Lane and I played last week

So stay tuned- this last figure was a painted sample I sent for at least twenty years ago- I’ve finally found a use for him as a general! there is always hope for that odd figure!

I love being off work! Am I ready to retire ? Yes. Are my finances ready for me to retire? God, no! There’s a lot to be said though for doing what you like doing! Don’t worry this is not one of those blogs that… Read More 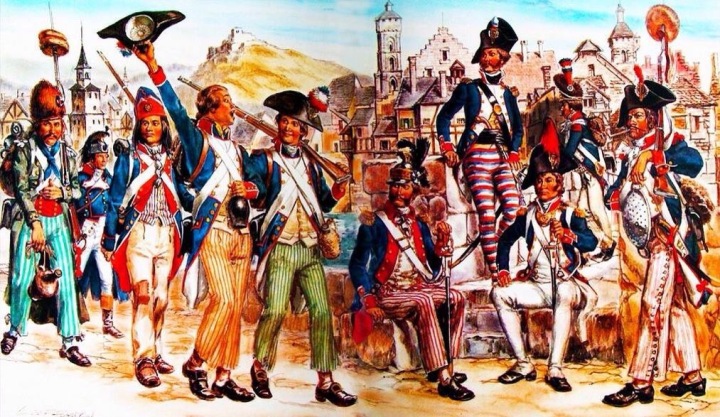 Nearly thirty years a go De Bellis Antiquitatis, affectionately known as D.B. A., revolutionised wargaming. From its introduction, you could play absorbing games at minimal cost. It was my main source of inspiration and set my gaming and collection obsession off. In fact it’s difficult… Read More