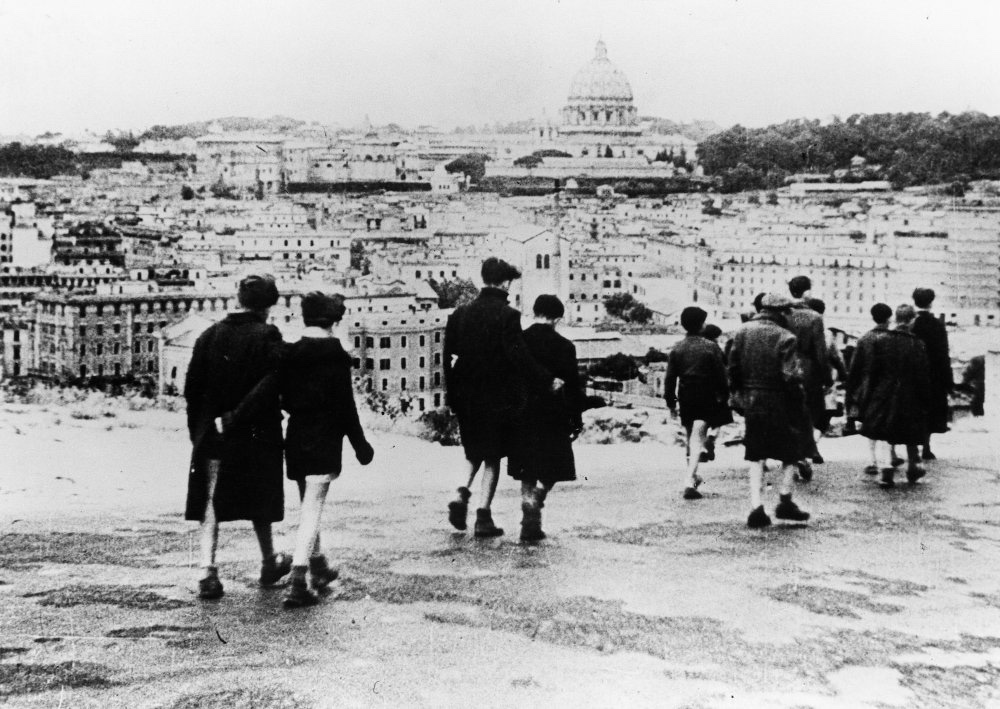 The sun rose early and the gang was assembling. The morning matinee started at ten a.m. and seating was limited, seating where we wanted to be anyway. The ideal location was half way up the auditorium; fewer missiles hitting the back of your head but not within range of the manager’s backhand. Once the morning films ended, it was over to Alexandra Park and bird cages to hit with sticks, with dead goldfish to search for in the park fish pools. The steps down to the pier were always good for a race and then the open air pool , far two small for the numbers of lads splashing around in it! Penarth was a good place to grow up but the way home held further delights, the newsagent.

In the newsagent window they stood. Airfix plastics were available but I bought cowboys. My nana bought me Britain’s Deetail but I’d have to go to Cardiff Woolworth’s to get the ultimate: Timpo!

So that’s how the collecting began and also how I learnt to swear, smoke and fight in 1970s Penarth. It was brought home to me, just how I miss those Saturday morning blitzkriegs when I see Saturday mornings consumed by chores and household tasks! But, the obsession with model soldiers continues of course. I loved my days by the sea and the cowboy armies were so much a part of that. The sheriff below was actually bought four times after being lost/ squashed and eaten previously.

I’m currently selling a number of miniatures on EBay but some wargames figures have reached a similar elevated position as those cowboys. Simon Clarke painted these Seljuk Turks over twenty years ago and they are definately never going to be sold. Not the greatest of castings by Gladiator Games, it must be said, but Simon did

a great job on the patterned silks.

These are the light scouts and raiders of the army, the heavy horse come next. Will I start collecting the old cowboys again? It’s tempting, although they do go for a high price now. Have they been replaced by wargames minis? Well, to some extent the answer is yes but a heavy dose of nostalgia sugar coats those memories.

With apologies to cinema ushers and park wardens everywhere! And contempt to the swine who turned Penarth cinema into an art gallery!!!!!!!

Happy Easter to one and all!