Just as the world of wargaming has been thrown into a frenzy by Epic Battles by Warlord games, the Tercio has reached half way in their own homage to that most constant of favourites, the A.C.W.. Is Epic scale 10mm, 12mm, N gauge or true 15? It’s beyond me, I’ve plumped for great big 18mm miniatures for my armies and I’m very pleased with them. 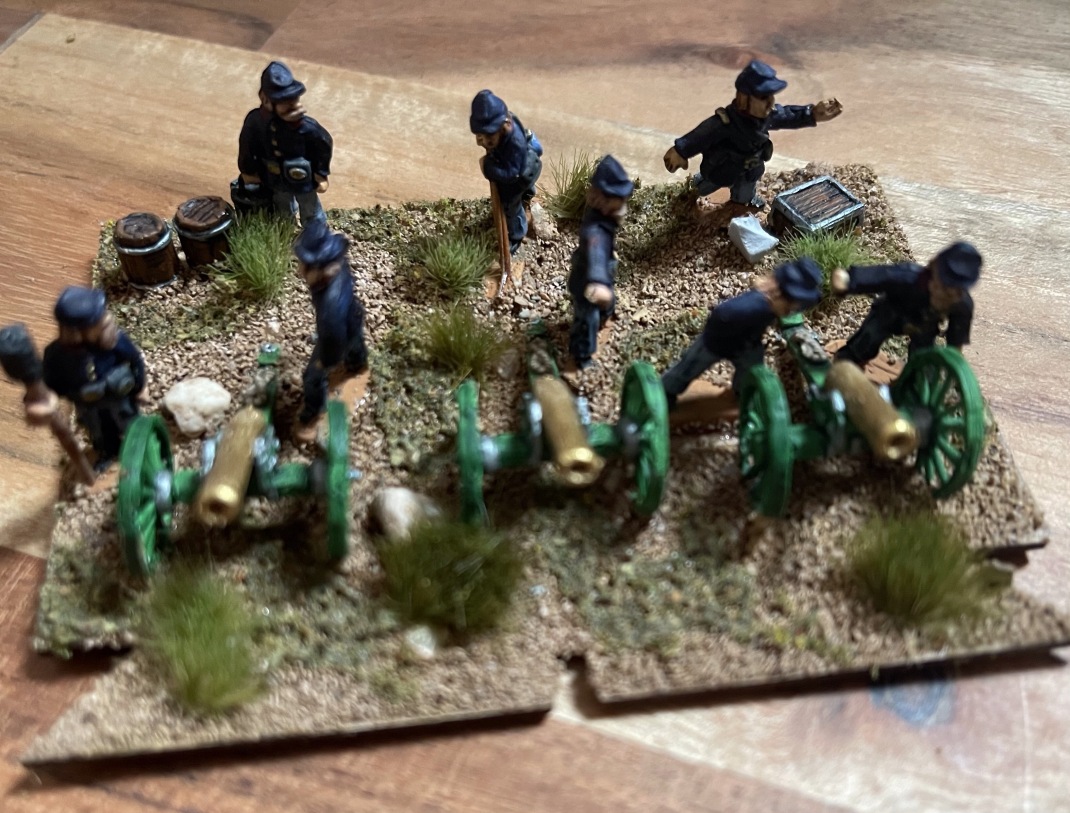 The figures are from Lancashire Games, designed by the very talented Kevin Howroyd. I’ve been slowly collecting up enough figures to refight Battle Cry games but with Blücher rules. If you are new to this project then it will hopefully become clearer as the year progresses. Basically GMT give the Battles and I play with a variant of Blücher wargames rules called Chamberlain ( oldmeldrumwargamesgroup is the must visit site!)

As you can see the miniatures are decidedly on the “chunky” or I prefer “athletic” side of 15/18mm. I love the sculpting and animation that Kevin has been able to apply. The faces especially are so characterful. I failed to find how many guns were in each pack so I now have a lot more guns than the Union needed. The models go together very well and are well cast in the main. A few spokes were missing but at the prices Lancashire Games charge , I can forgive them that. The web store appears to be almost always having a sale; thank goodness!

The artillery in the A.c.W. Was of course of critical importance, especially to the defence. Although the arm cannot do without infantry and cavalry support, the guns arguably changed the whole character of early modern warfare. The normal ratio was 2-4 guns per one thousand men, although Lee occasionally reached 8-10 gunned in his undermanned Army of Northern Virginia.

Blücher / Chamberlain gives the wargamer General the opportunity to either divide his arty between his brigades or else mass the batteries. The ideal use of artillery was in mass at medium range and with crossed fire. The three massed Union batteries depicted here should make Jonny Reb very anxious to close with the Union lines.

The aim was to “finish” an army a month in 2021. The Union army may take longer that the Scots that are now overdue. I hope to finish my Hun horde by the close of February. As to the Union infantry, I’m guided by Oliver Keppelmuller’s Grand Tactician Civil War computer game. I’m don’t intend putting more than twelve to fifteen figures on each unit base so I may well keep up with the schedule. I’ll add a list of paints at the close of the project in case anyone is desperate to paint quickly in the infamous Despertaferres quick paint style!

Please note I’ve been practising my draughtmanship for the forthcoming battlefield visits. Apologies to Mr. Dennis. 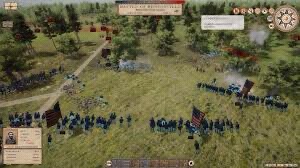 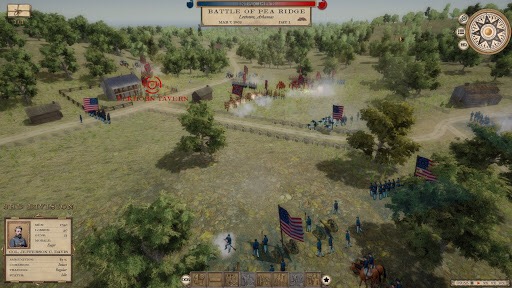 Have a great week ahead!