We were all set. Blucher and its Chamberlain variant for the largest battles, and Bolt- action variant “Colt- action” for 28mm skirmishes. But Uncle Ken is from a different school, steeped in history and a dewey eye when he sees old school rank and flank Wargames rules. Here are his ideas to expand and develop the Firepower set of rules designed by Wargames heroes Alessio Cavetore and the Perry twins.

The Firepower rules from Perry Miniatures offer a simple introduction to wargaming and also a quick and easy game when time is limited. They should be adaptable with some small changes to other periods within the Horse Musket period, (hopefully without complicating them too much) as well as the ACW. So far I have considered the Marlburian era,  the Seven Years War/ AWI and will need to move on to the Napoleonic period. Ideas like these tend to be better if they are discussed within a group.
The easiest place to start is with the ACW and I will start with the artillery. I would allow “Rally” for this unit (gunners through the ages are known to try and preserve their guns even treating them as if they were the unit colours) and a further order, “Limber/Unliber”, limbered artillery can move in the same way as infantry i.e. two dice, but not fire. Cavalry is next, and here I would allow dismount as an action but with no remount, they then would act as skirmishers (after all they are in effect light dragoons) in this situation hits against them from firing would be treated the same as a unit in cover and they would fire at a maximum range of 18″ to represent the cavalry armed with carbines. 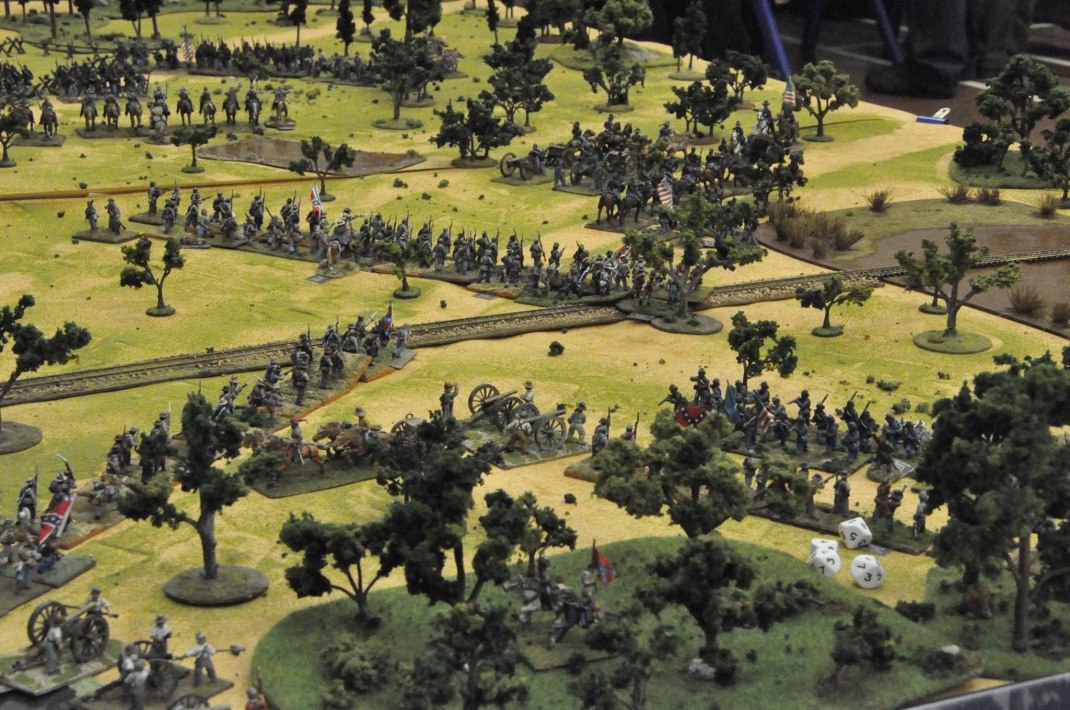 I have left Infantry until last as this is probably the biggest change, starting with a new order “Deploy”.These units in the ACW were effectively Light Infantry and this unit will allow 1/3 of the unit to deploy a skirmish screen, shooting on 4 dice but like dismounted cavalry, counting as in cover for hits against them from shooting. The remainder of the parent unit must stay within 9″ of the deployed skirmishers at all times to act as a refuge. (Skirmishers being vulnerable to charges by formed units). As a response to a charge action, they can have a free evade move to try and regain the parent unit (see Cavalry evade), in this case with only 1 dice if the charge is from the flank or 2 dice if charged frontally. If caught before reaching the parent unit, the skirmishers are eliminated and the parent unit takes 3 hits and continues the game with only 6 dice for shooting and melee. 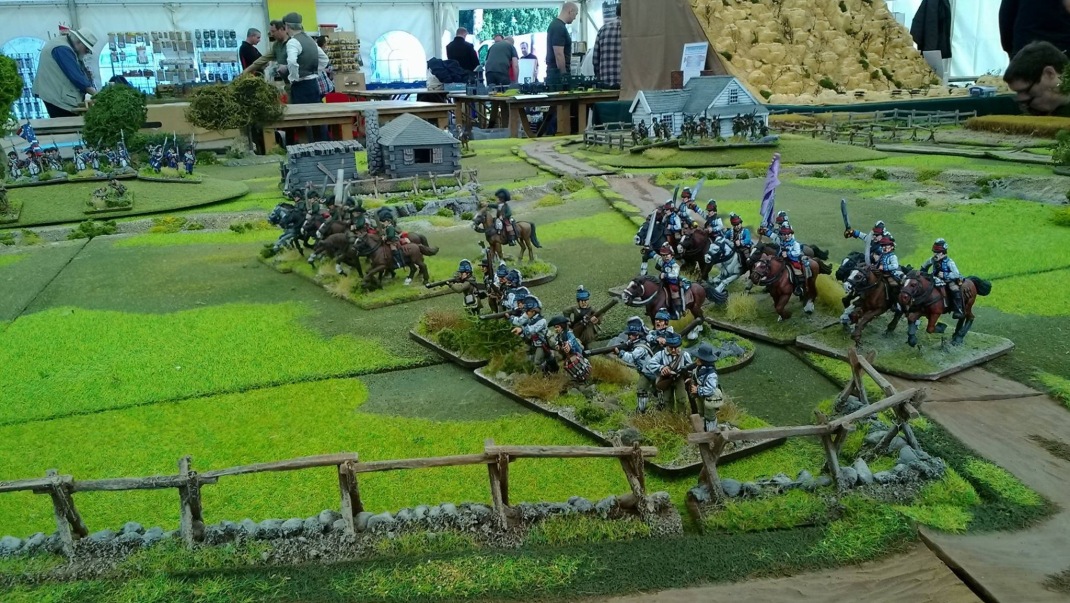 Now let’s look at some suggestions for other periods starting with the Marlburian, here I think that only the firing table needs to be modified as all our troops would be musket armed. I propose that we make the maximum range 18″ and for simplicity just eliminate the up to 24″ part of the table. Next the Seven Years War/AWI; Light Infantry have started to make their presence felt in this period in the form of Companies that are integral to the Batallion and as at this time it was common for these light companies to be formed as ad hoc elite units we can allow a light Batallion in a force operating in the same way as those in the ACW. (We may also want to consider Grenadier Battallons both here and for the Marlbuian). In the case of the Americans and probably the Hessians allow the skirmisher to have Rifles

Last is the Napoleonic Period and here I need to consider Squares and the use of independent companies of Riflemen, I only have sketchy ideas for these at present. e.g. Squares, as a response to a charge by cavalry an infantry unit will attempt to form a square, throwing 3d6 they must have a score equal to or less than the charge distance score of the cavalry unit. Equal to or less than because the further away the charge was initiated from
That’s my thinking on these rules, I would appreciate it if you would have a look and maybe put your ideas in the comments section below. Enjoy your gaming!