If I lost most of my left wing readers with the last post, I thought I’d placate my Liberal followers with a good old non-controversial bash between Egyptians and God’s own people, the Israelis. 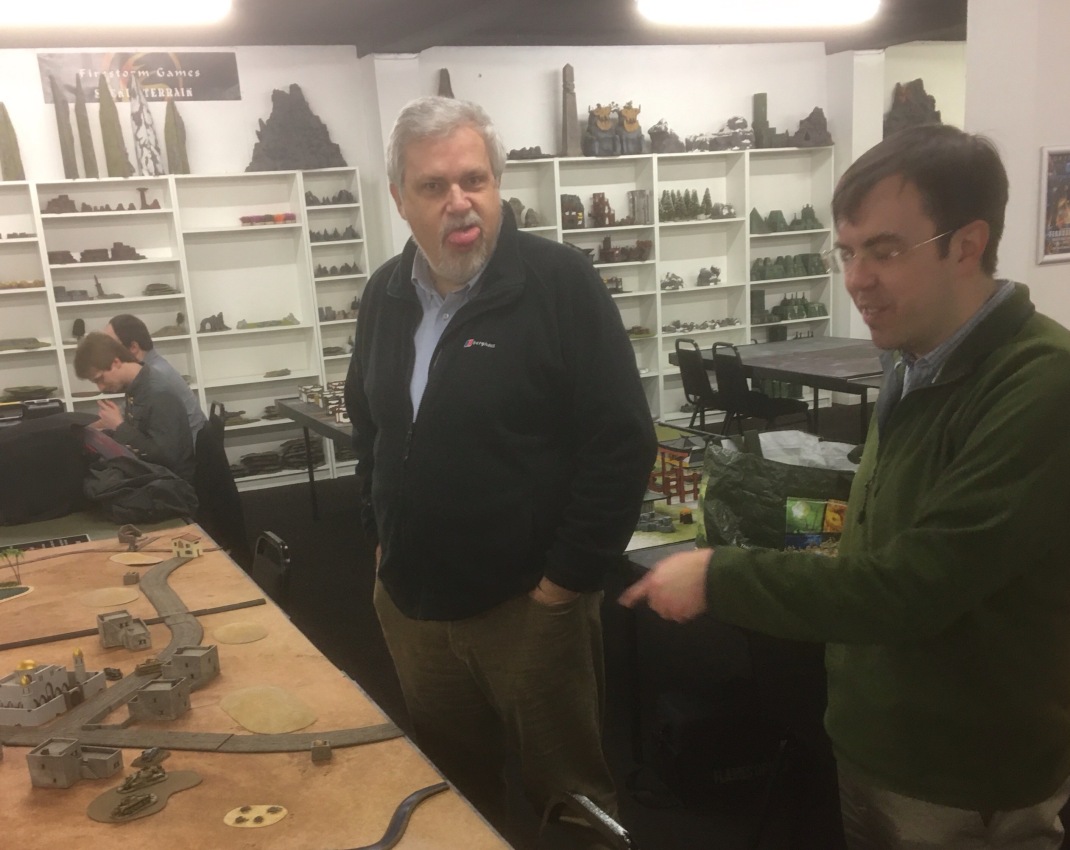 Nasser el Churchill trying to tear Suez back from the embrace of the Jewish state with his usual skill. Pete chose the Israelli supermen. 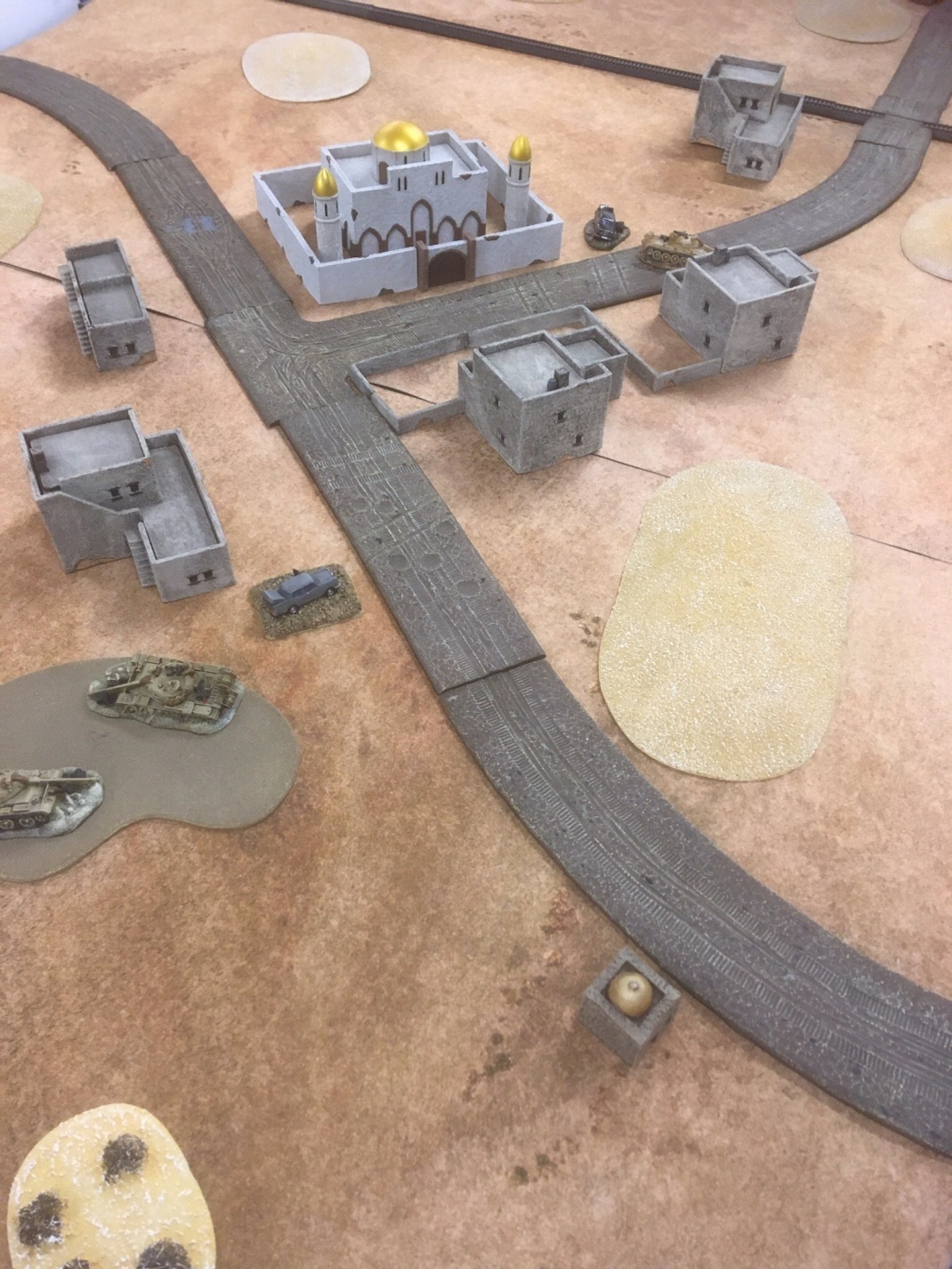 The target of the conflagration – unkind voices suggested they knew where the first Israelli air strike would land! 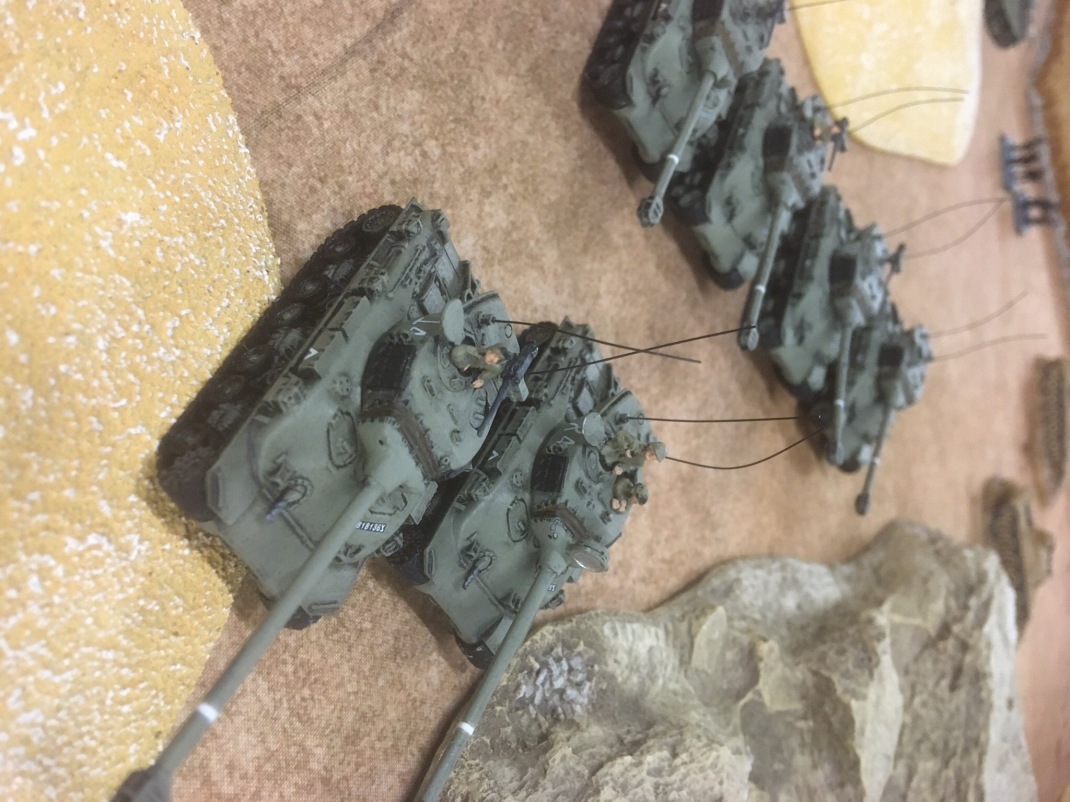 The Super- Shermans looked epic. Up gunned and forming the workhorse of the Israelli tank force. 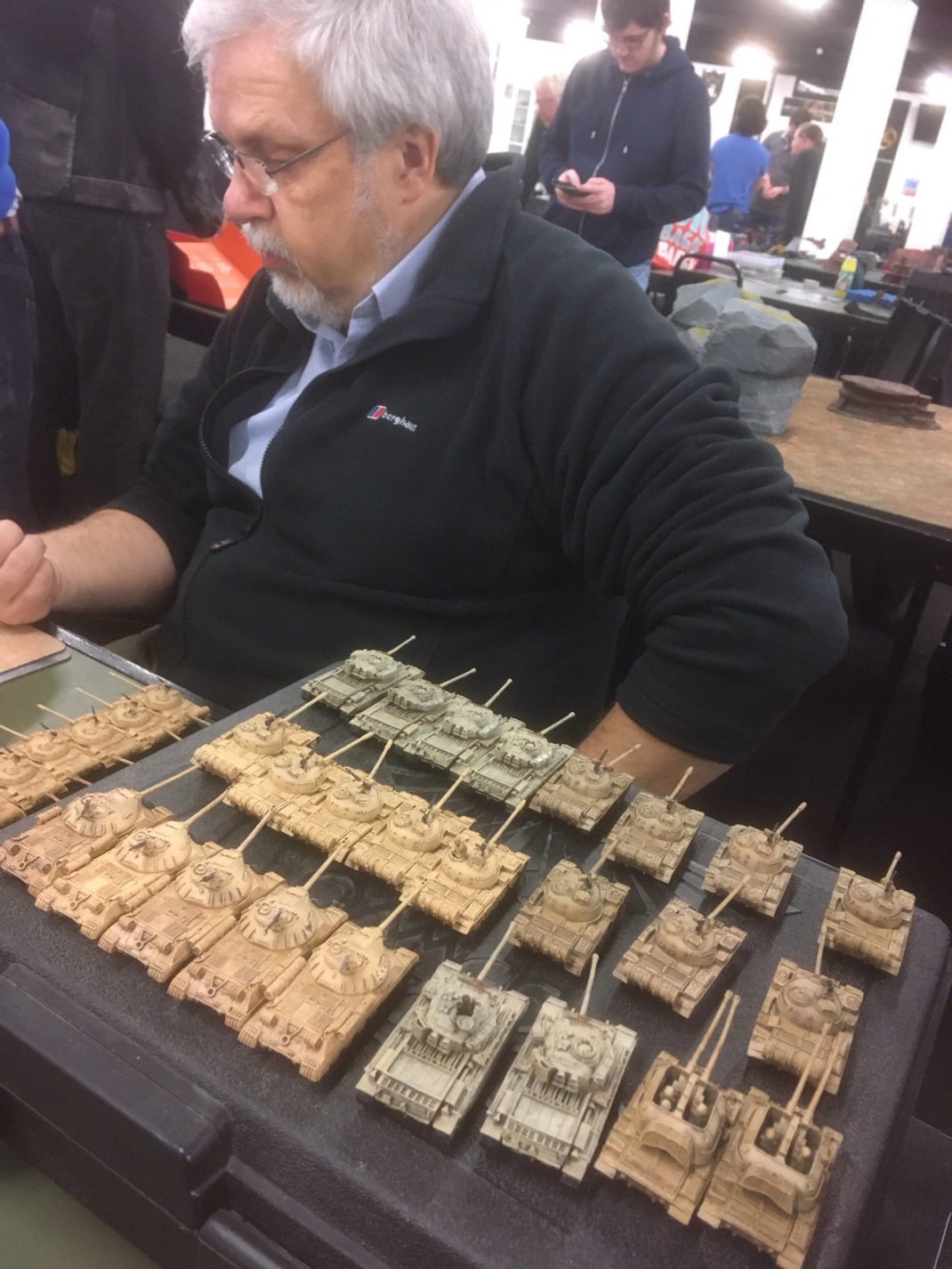 Nasser wonders if he has enough Warpac armour to break through! 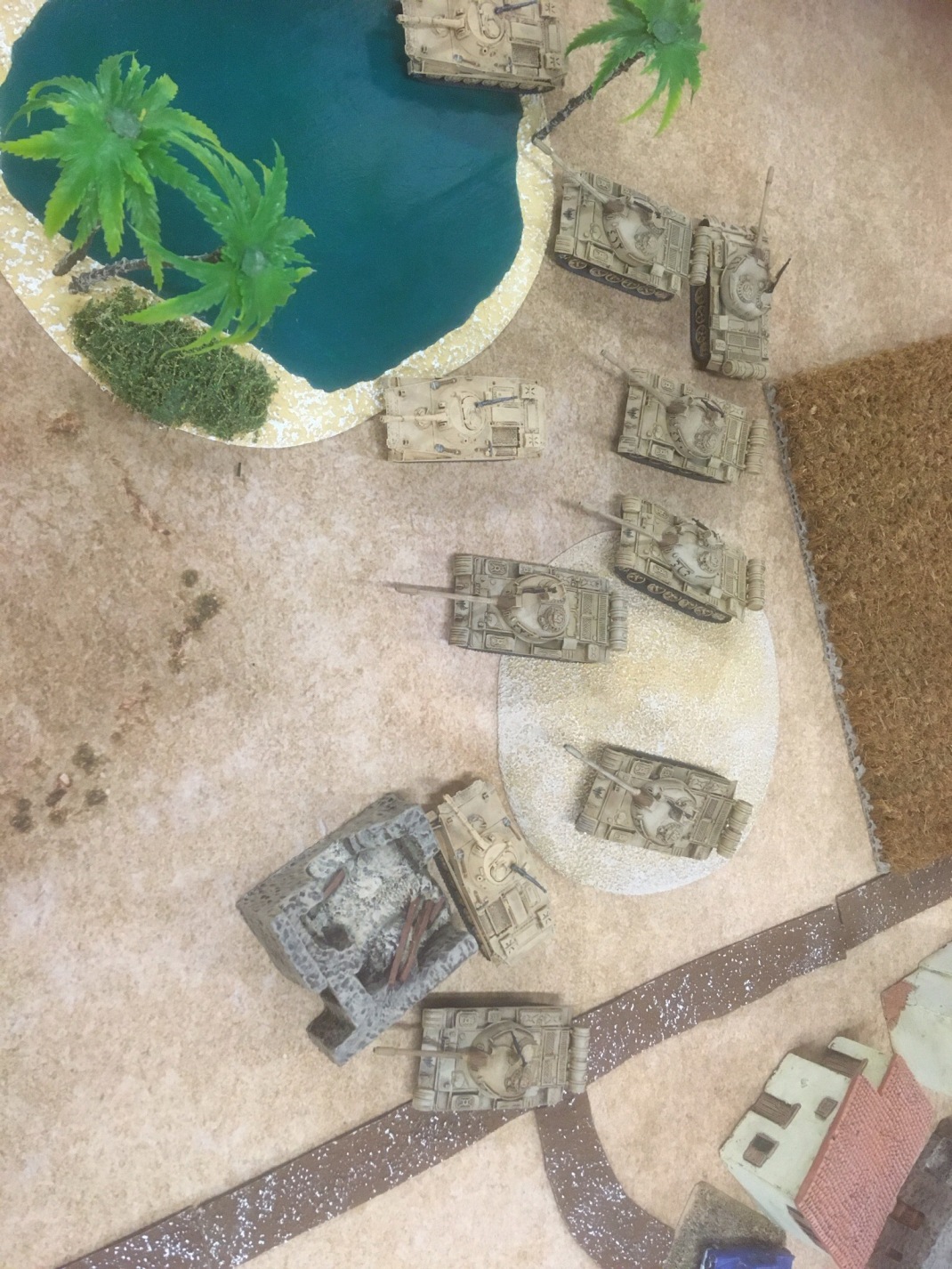 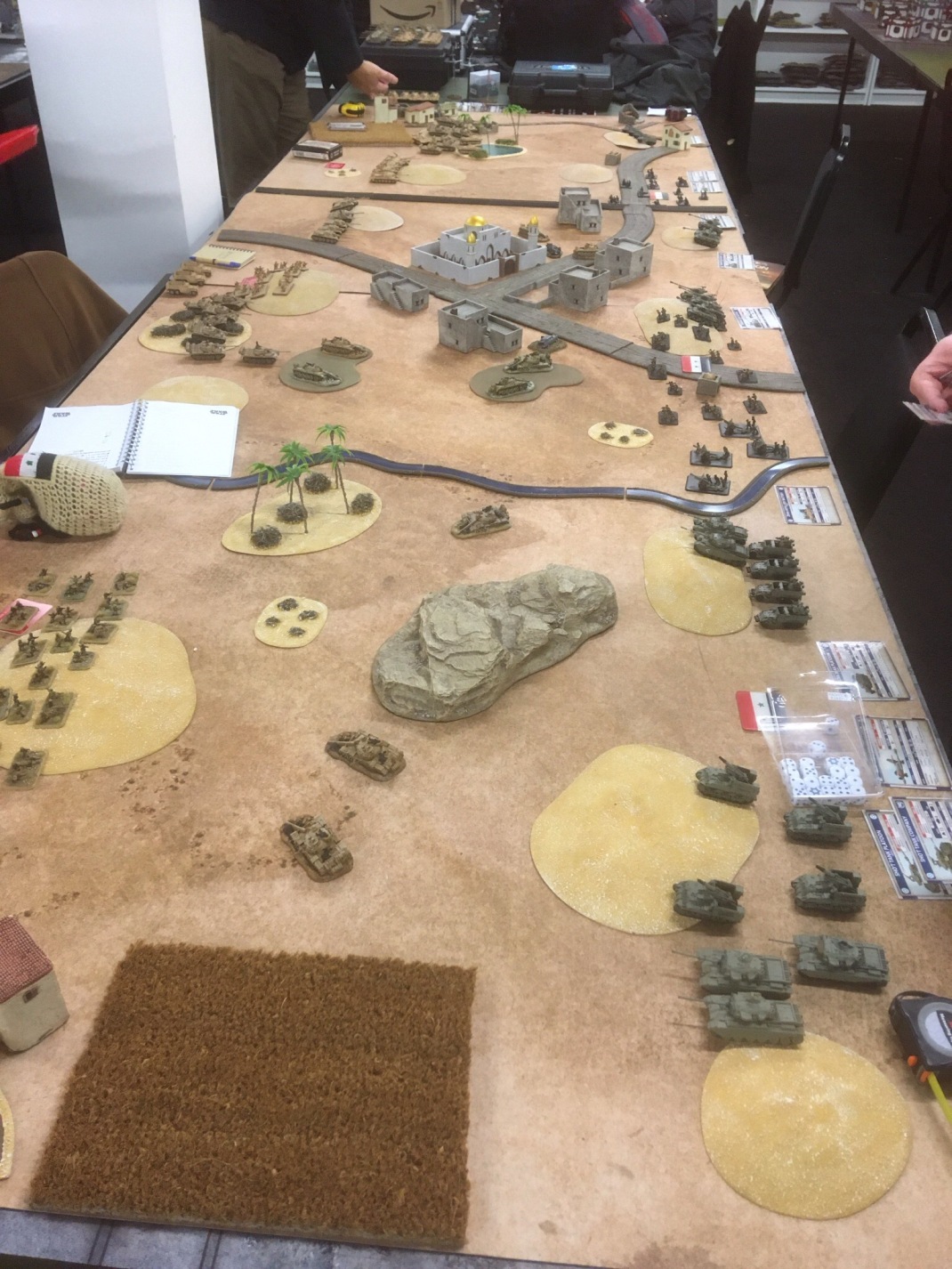 Straight through the oasis, the Egyptian armour made rapid progress. 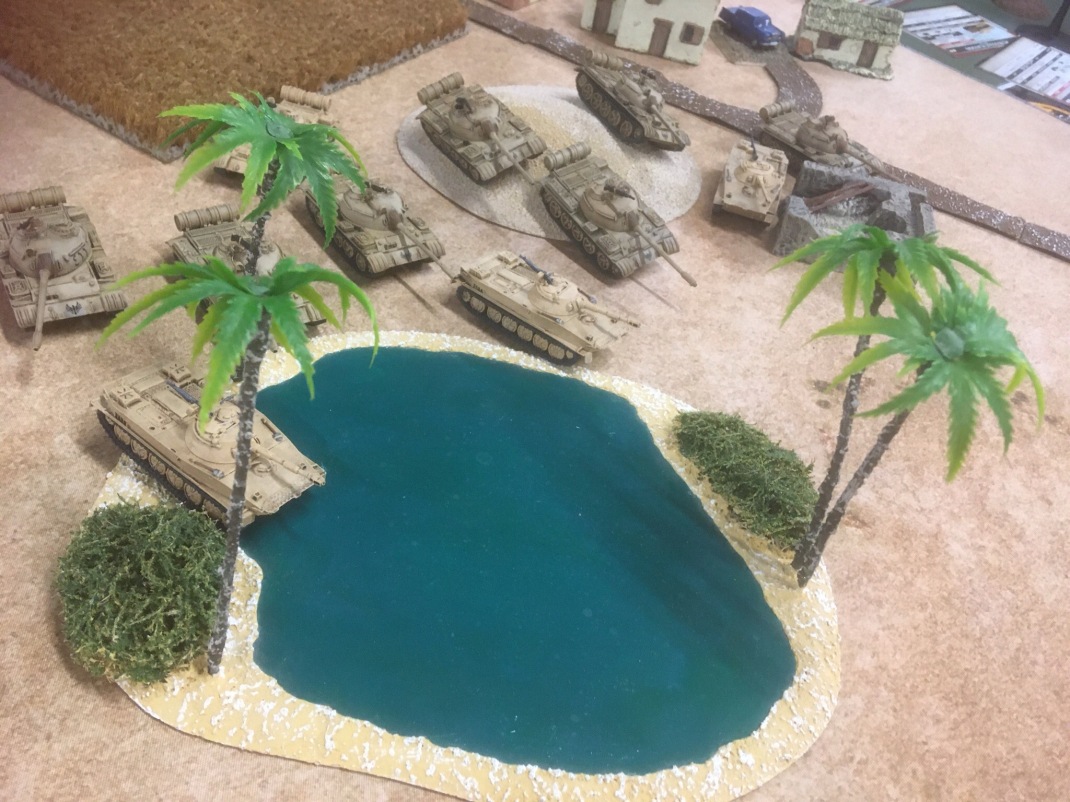 My Centurians and half tracks would try and hold the right. 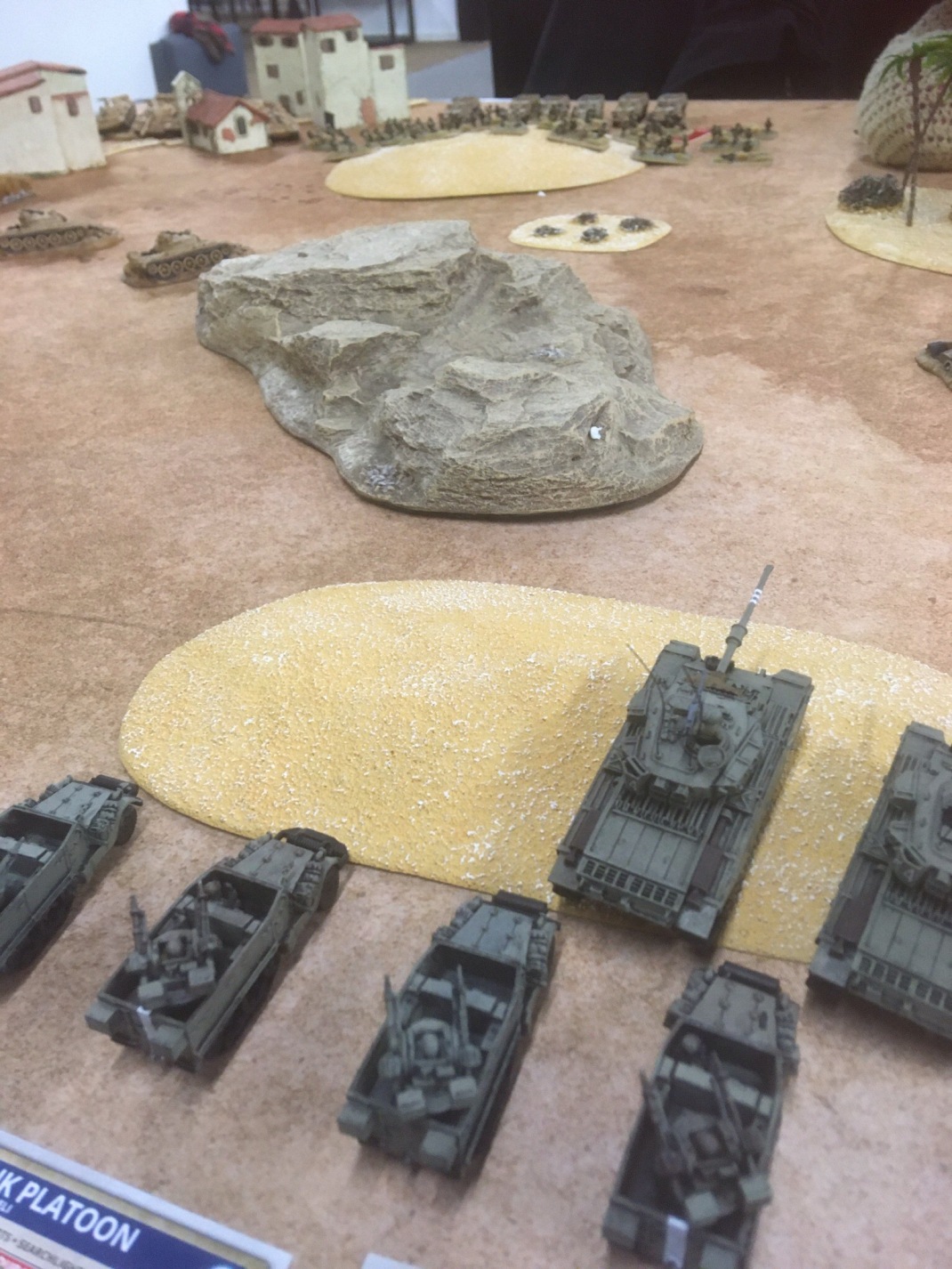 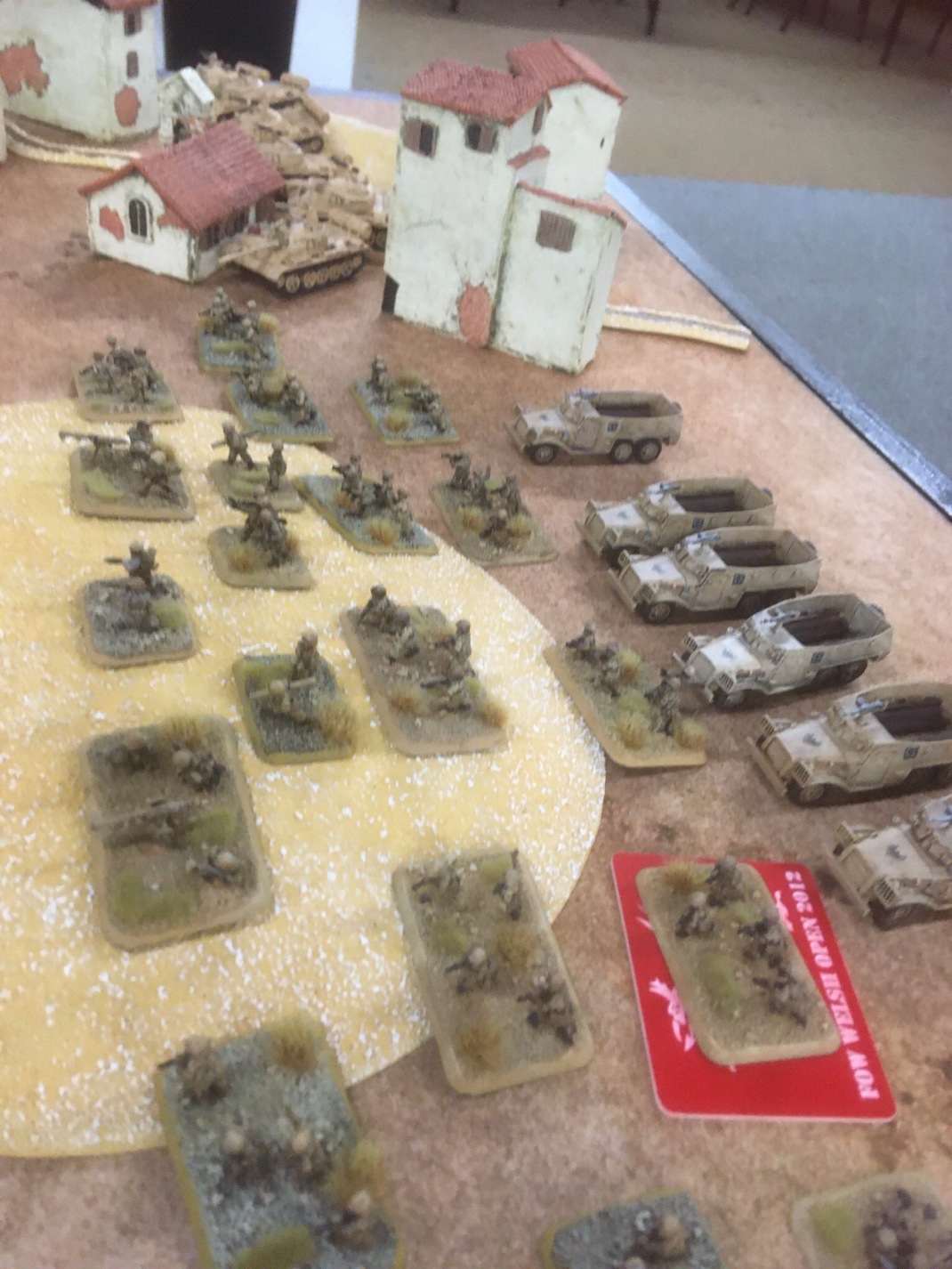 Trained by the Soviets, the Egyptian human wave crashed through the town, no doubt stopping to loot on the way! ( Chris T reverting to type!) 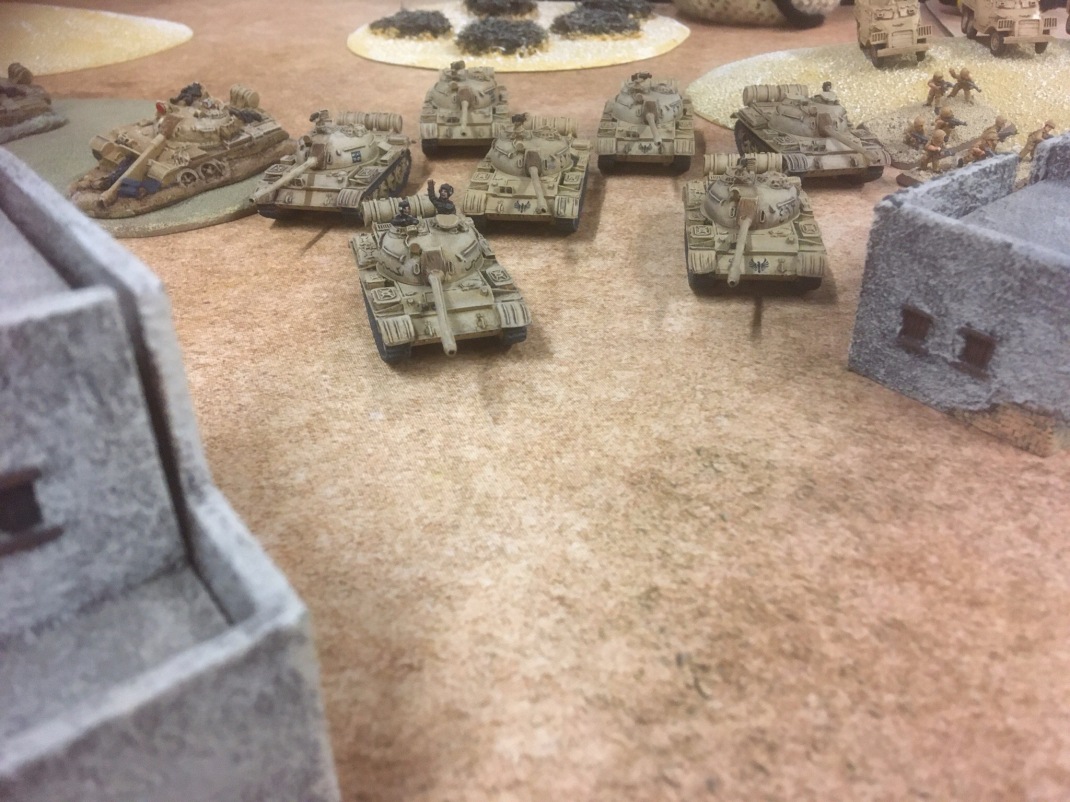 Guess what’s- more Egyptian armour on our left. It would be the Israelli airforce that would have to counteract this threat. 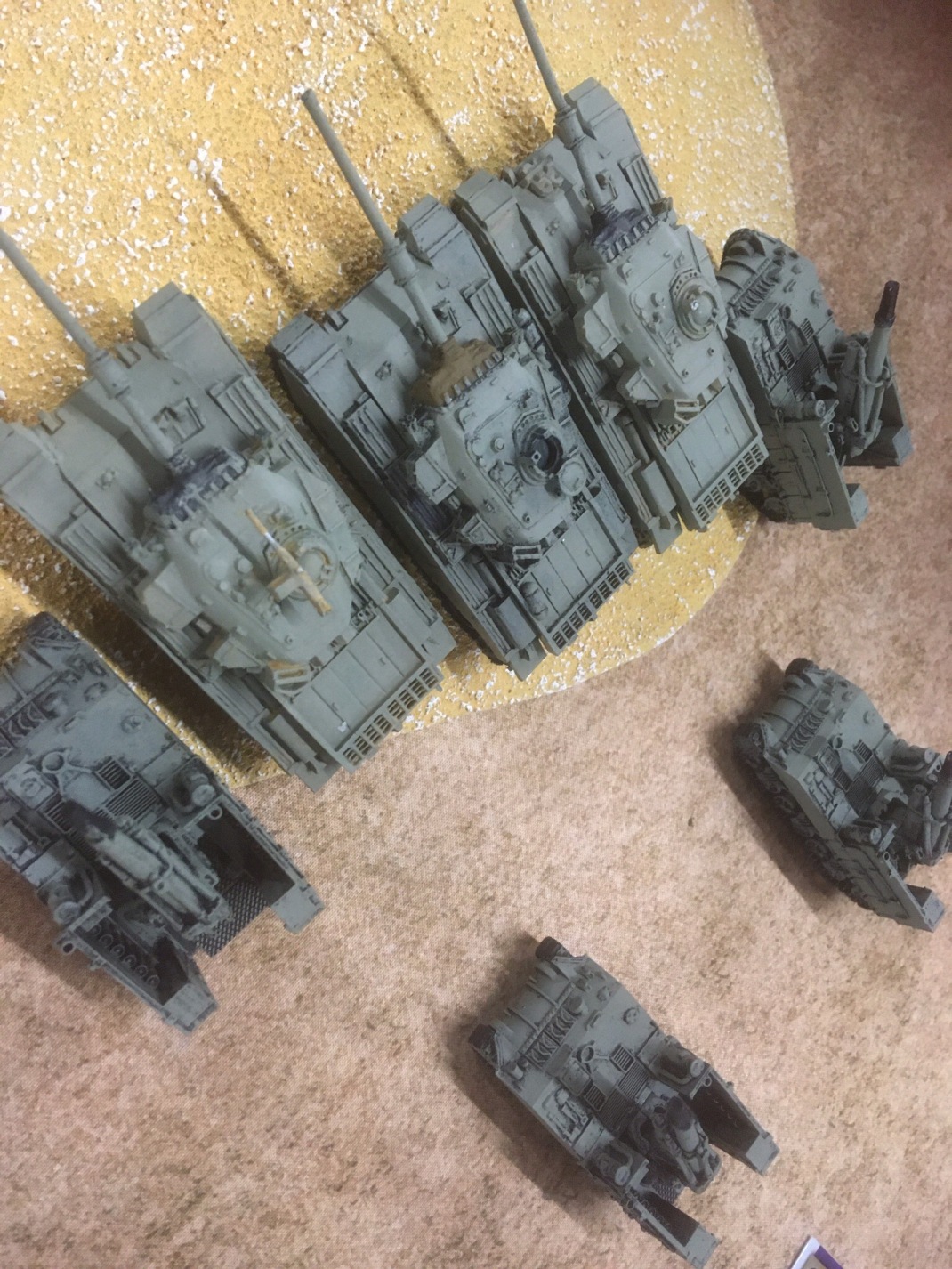 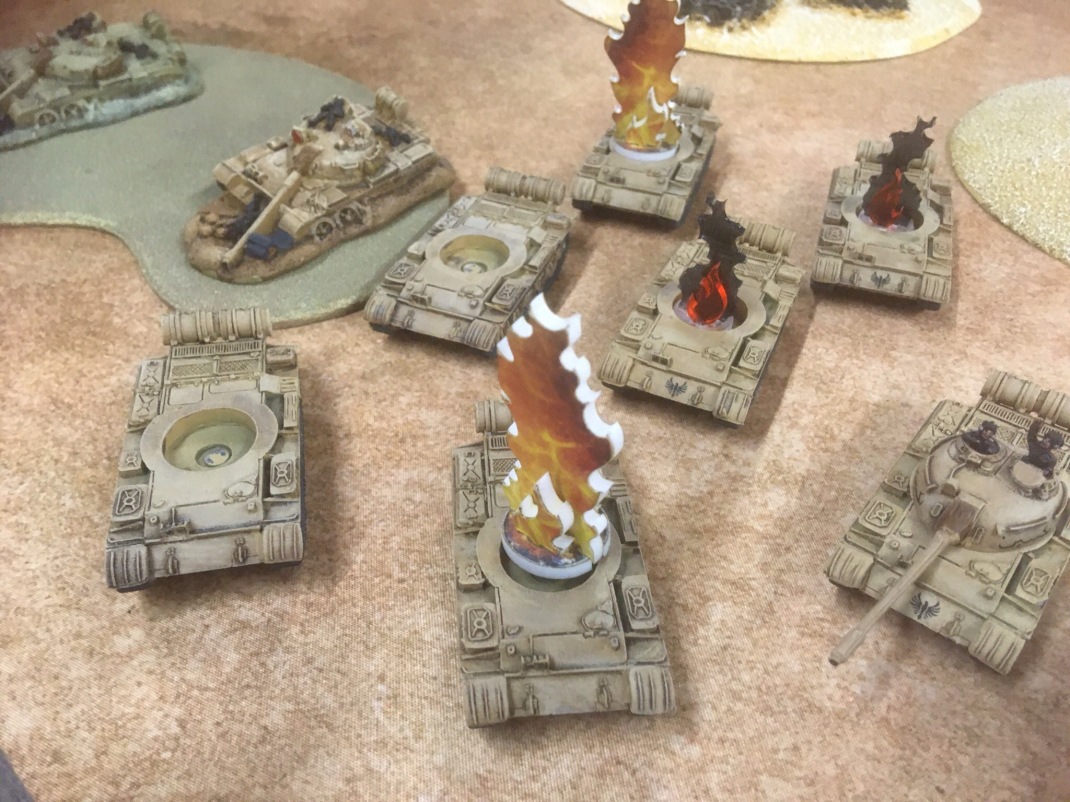 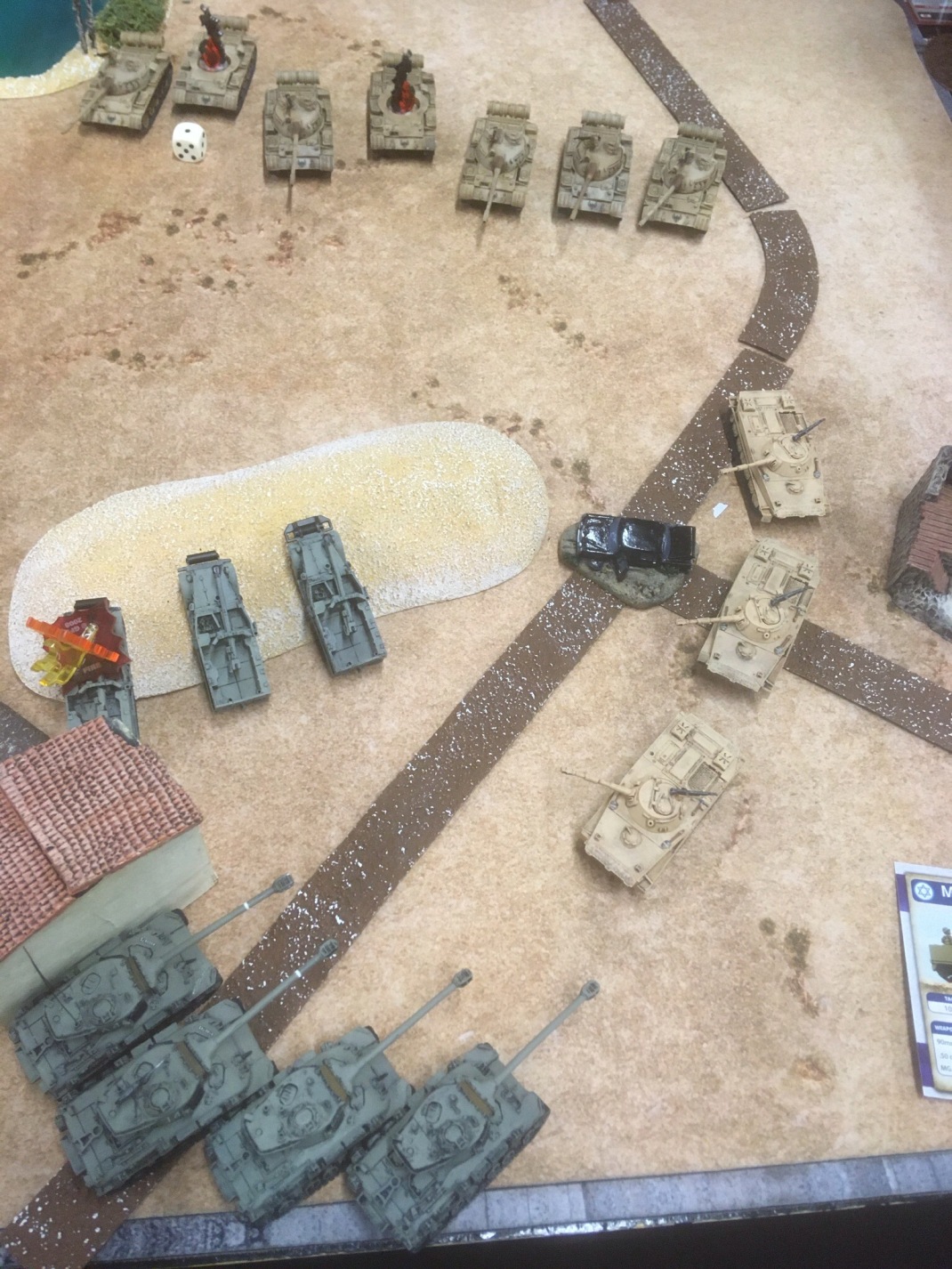 Thankfully reserves arrived to start a counter attack. The Egyptian armour had lost heavily but the town was still in their hands. 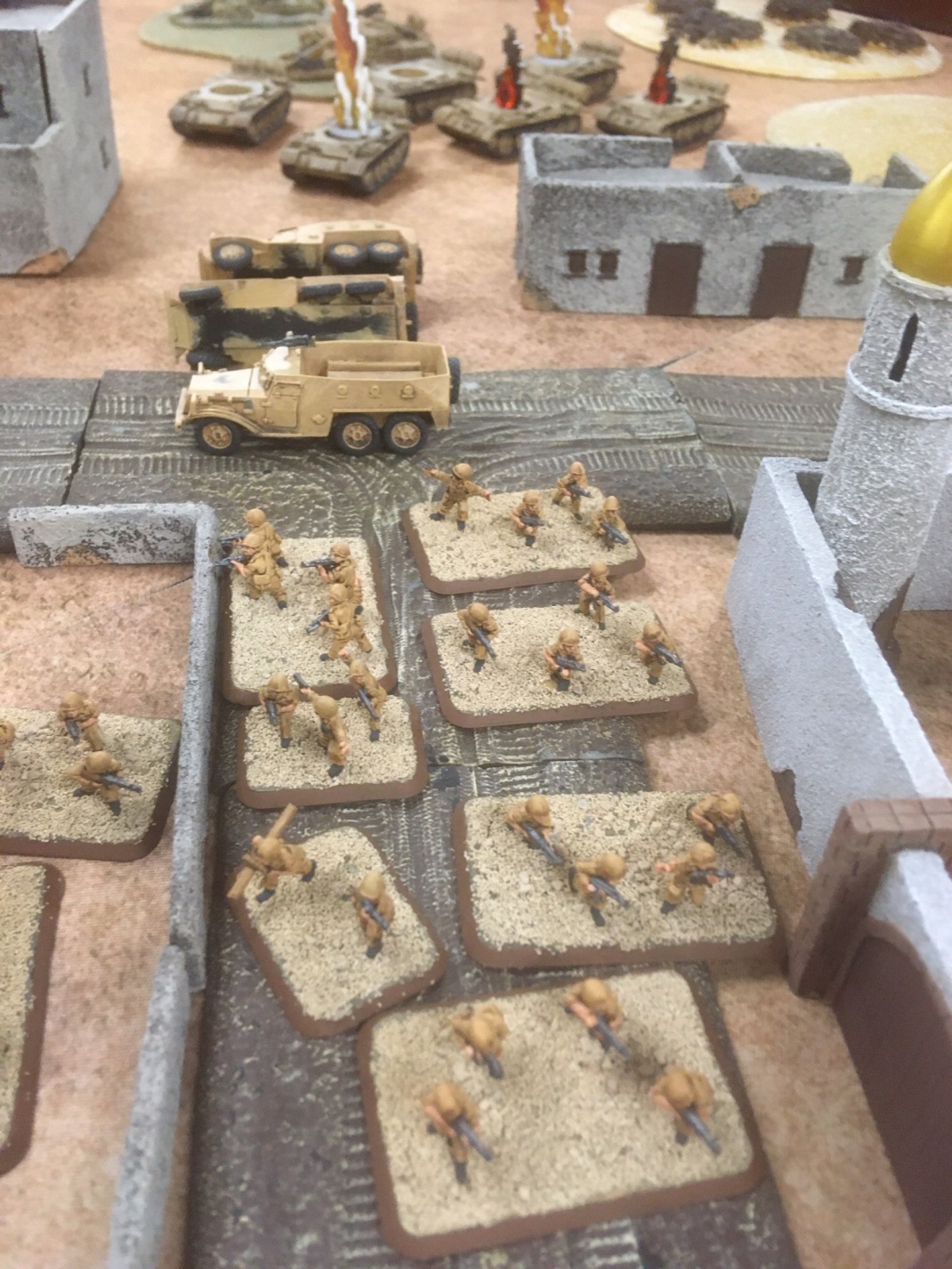 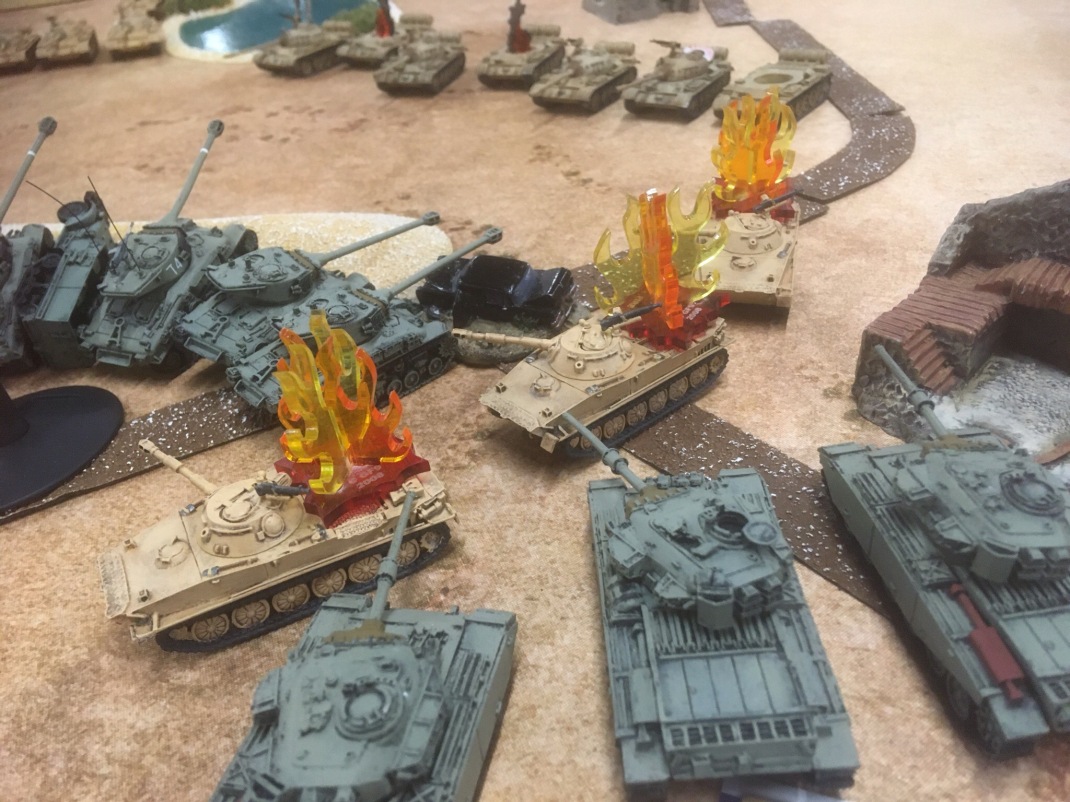 Recoiled rifles on jeeps and a final troop of Centurians restored the situation on our right wing. I did however lose my commanding officer to an RPG fired from the ville. It had been a nail- biting game and the Flames of War rules “fate of a Nation” had recreated the period well. A much maligned period but one which is definately of interest. My thanks to Pete, James and Chris for an exciting game.