Something terrible is sweeping the streets of Europe in 2017, shaking structures and upsetting elites across the continent. I’m talking of course about the return of the M1 flying jacket, here modelled by pals of yours truly in the 1990s…

It’s not that I resent fashionistas appropriating my youth, or even clueless pop stars trying to identify with an “underclass”. ( see the hilarious tale of wannabe rebel Plan B apologising for using the image of a skinhead with an ever so naughty right wing band graffitied on the wall behind. ) The real problem lies in the fact that I myself was told by die Kaiser that I wasn’t allowed to wear my treasured jacket despite the revival. Mine was sad whereas the “kids” we’re being hip. And now for something worse, Daniel Radcliffe as an undercover Nazi skinhead in “Imperium”

Natte’s first attempt at disguise
Daniel is able to identify with outsiders, the terrorist in the opening scenes is just revenging the loss of his family and not really evil. Nate is given the task of infiltrating perhaps the most inept terrorist group of the US. Drawing on his experience in the role of Warhorse , Radcliffe is easily accepted by the Grand Order of Nazi Barbeque Enthusiasts.

It’s not that the film is predictable, Radcliffe comes to sympathise with these outsider, it’s the fact that the film lacks all credibility. Just like those teenagers wearing the iconic skinhead jacket, Radcliffe jumps on every stereotype. 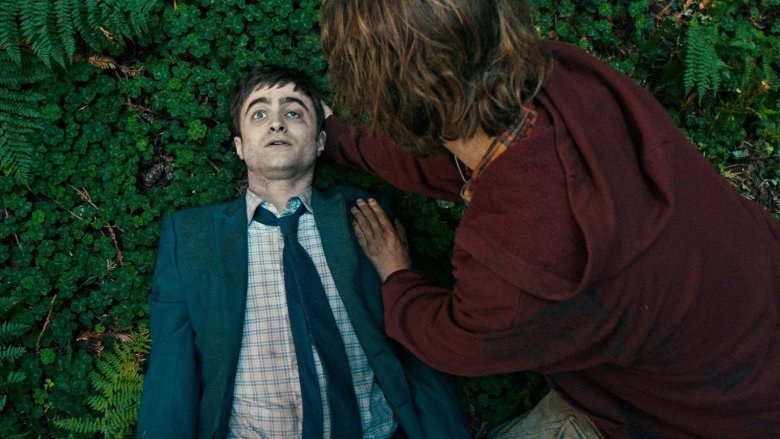 “Harry, I mean erm Natte, are those people really bad?”

The plotters are discovered and all is well. Natte feels used as his operator confesses that she knew his vulnerability would lead to him being accepted. After all, all these right wingers are just misunderstood loners. Could it possibly be that there are real reasons why people are reacting against globalisation? Are they really likely to be plotting strikes on major cities to incite a race war. I think Hollywood is doing a much better job in preparing people for life outside the bubble of the beneficiaries of globalisation with the Hunger Games and the incessant diet of zombie films.

A film that can’t be taken seriously and a plot that fails to be convincing.

Sorry Harry erm…Newt….Natte
This has been the first in a new series of Despertaferres film reviews. Next week, we shall be discussing Mark Fry’s recomendation “Red Cliff” .

May your God go with you!